Few things make me as happy as bread.  I suppose that bread is worth making in and of itself, but in this particular instance I required some bread to be part of another recipe. 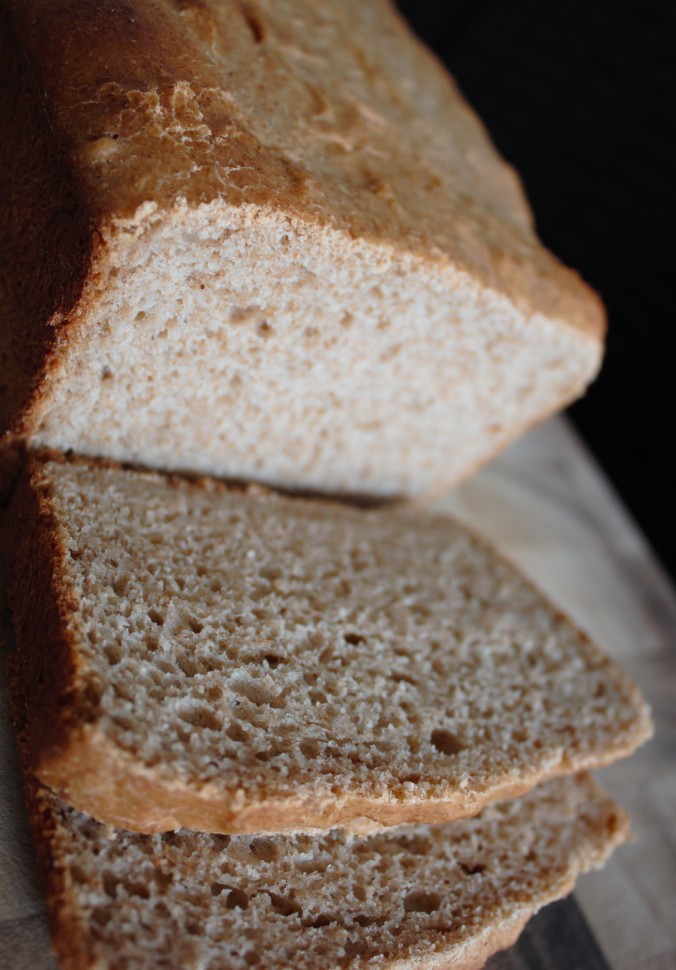 I was enjoying a ritualistic and obsessive flip through all my past December issues of Food Network magazine (which I hoard), and I found a breakfast casserole (here) that I reallllly wanted to make.  Ingredients added to shopping list – check!  I arrived at the grocery store and began crossing items off my list, but I was striking out on the potato bread. So I figured I could grab a potato and make some when I got home.

To answer the obvious question, yes, it was more work.  HOWEVER… it was so good. 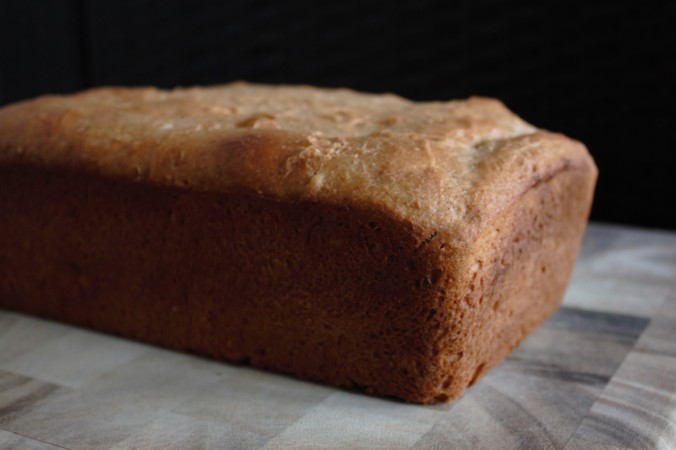 It was soft and squishy and pillowy and fresh.   And let me tell you, it made that egg casserole really tasty.  (I’m sure it would have been good anyways, but I’d like to credit the potato bread.)

The remaining bread we ate in bits and pieces, and it disappeared in approximately two days while we tried to restrain ourselves.  I imagine that if you could keep the bread around longer than that, it would be delicious in a number of venues – like as toast, or as the outside of a sandwich, or … I don’t know, FRENCH toast, or maybe dipped in oil.  Whatev.  I know I want to make it again. 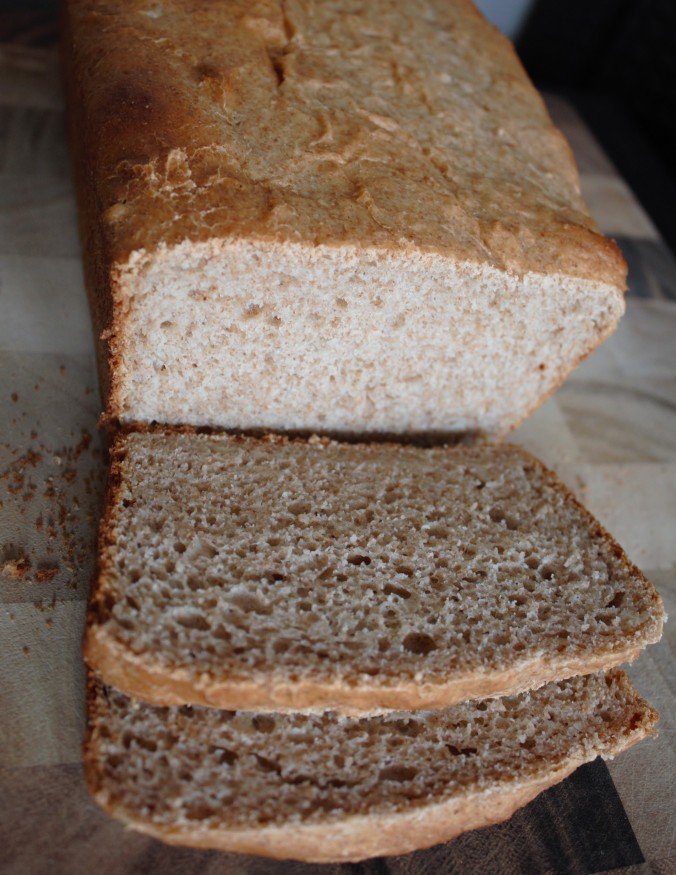 The recipe was easy to find – I googled “potato bread” or something to that effect, and I found this recipe on the King Arthur Flour website – here.  I was so pleased that I promptly signed up to receive their regular recipe emails.  Because I obviously need more stuff to sift through in my inbox.

I used the recipe as directed except that I halved it so that I would only make one loaf, and I also substituted whole wheat flour for part of the white flour.  (So for 3 1/4 total cups of flour, I used 2 cups of whole wheat and 1 1/4 cups of white.)