Happy Derby Day!  Even though I’ve never been to the Kentucky Derby, and I know virtually nothing about it, I’d like to ride the coat-tails of this pseudo holiday and take advantage of the opportunity to make some food that I may otherwise have never tried.

You’re not allowed to call something “Derby Pie” anymore (unless it actually is Derby Pie, but only the original official makers of the one and only REAL Derby Pie can make that).  However, these Bourbon Chocolate Walnut Bars were inspired by the real thing.

Even though I know nothing about the Kentucky Derby, I feel qualified to discuss it.  Why?  1) I’ve been to Kentucky, 2) As a child, I wanted to be a horse when I grew up, and 3) I’ve been asking my husband to throw me a pony party for years. So… yeah.

Is there a potential triple crown winner this year?  I have no idea.  I missed those first two races altogether.  Have no idea who won.  Oh wait – this just in, apparently those other races haven’t actually happened yet. Wow, I’m already learning so much! But one of these years, I’m really going to pay attention.  And then I’m going to actually take the trip and go to the Derby, I’m going to wear a large hat, and I’m going to drink a mint julep or six.

I found this recipe on the blog Smitten Kitchen.  They called it “Not Derby Pie” to specify, I suspect, that this is most certainly not a recipe that claims to actually be Derby Pie. Heavens no.

This recipe begins with the par-baking of a crust in an 8 x 8 pan.  Then, the filling is poured over top of it, and the whole ensemble is baked again. 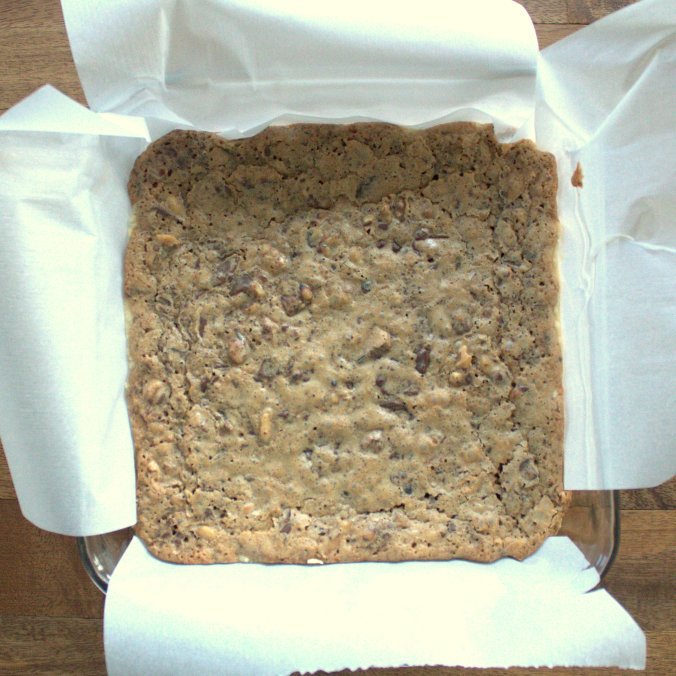 Cleverly, the recipe authors recommended doing this fancy little parchment paper lining trick in the pan.  When it was done and fully cooled, I was able to lift the whole darned thing right out of the pan and place it in tact on a serving tray for maximum presentability. 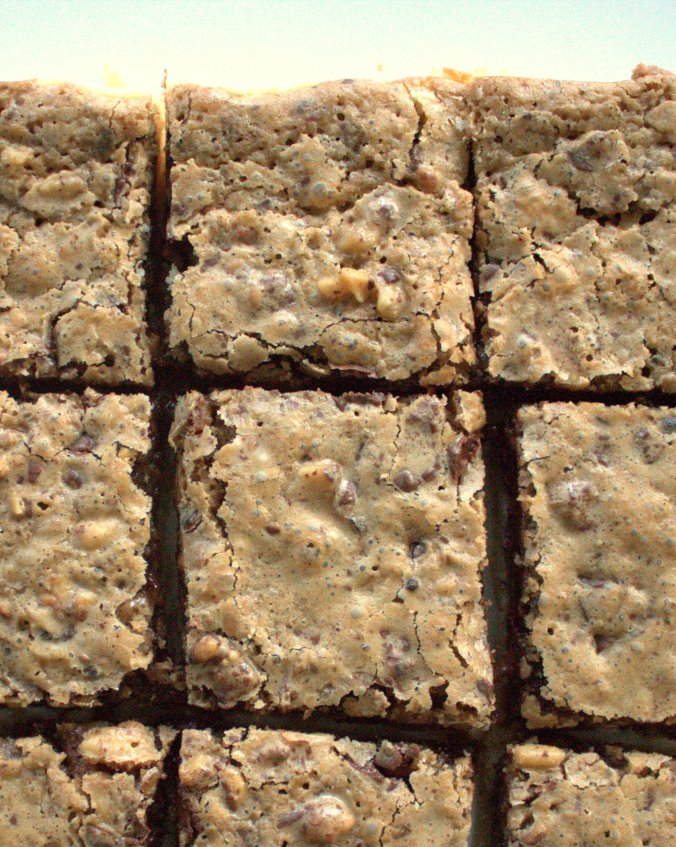 So… I taste tested these for you.  Turns out they’re good.  The authors suggest that the bourbon is optional, but might I suggest that you go ahead and use it?  It’s good, ok?

My only regret is that I didn’t fully prepare by having some ice cream on hand.  These little monsters would have been KILLER with some vanilla ice cream.  (Or maybe some Jeni’s brown-butter almond brittle).

In another display of local hometown pride, (how trendy of me!), these cookie bars are featuring Watershed Distillery‘s Bourbon.  (I think all the other ingredients were imported from the Caribbean and Mexico, but we can’t have it all, can we?)

If you’re having a Derby party today, you should probably consider a double batch.

Otherwise, you’re going to be sorely disappointed when there are no leftovers.

Ok, so down to business – let’s discuss the recipe.  We’ve got a SUPER simple crust – just flour, sugar, salt, and butter mixed in the food processor until it starts to come together and then pressed into the pan.

While the crust par-bakes, you can start whipping up your filling.  First, you’ll melt some butter until it starts to brown, then after letting it cool for a couple minutes, you’ll whisk in some sugar, some brown sugar, eggs, bourbon, vanilla, and salt, then lastly flour.  Finally you’ll stir in some chopped walnuts and chocolate chunks.  (Good thing we still had one chocolate bunny lying around to chop up… SOMEONE ate all the chocolate chips I had been stowing away.)

I don’t know what makes this a traditional Derby recipe – frankly, you’ll have to Google that if you want answers.  Along with virtually all other information about Derby Day.

Ok, so if you’d like to make yourself and everyone around you happier, you can find this recipe here at the Smitten Kitchen blog! 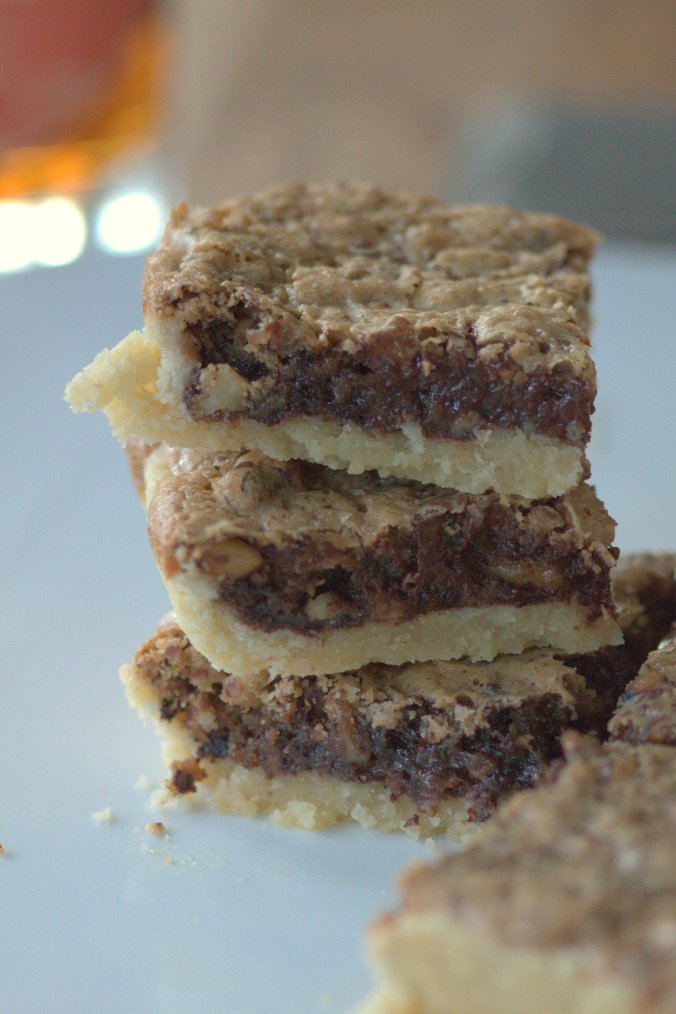 The horse I’ve chosen to root for is Majesto.  Because I like his name.  Happy cheering, and have a great weekend!